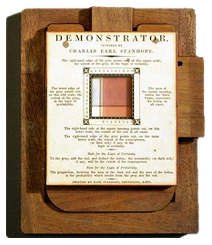 Today, logic is a rather well defined discipline, with more or less clear boundaries, a solid tradition, and a recent history characterized by flourishing developments all throughout the course of the 20th century, mostly promoted by its close association with mathematics. Looked at from this vantage point, 19th-century logic may appear quite barren of significant advancements, except for those due to some figures, who are regarded as the forebears of the contemporary conception of the discipline. If one abandons such a Whiggish perspective, and looks not at what is called “logic” now, but at what went under this label at that time, another feature of 19th-century logic will become apparent: its startling internal diversity. As Robert Adamson once wrote in the Encyclopaedia Britannica (1882), speaking of 19th-century logical works, “in tone, in method, in aim, in fundamental principles, in extent of field, they diverge so widely as to appear, not so many expositions of the same science, but so many different sciences”. The internal diversity of 19th-century logic manifests itself mainly along two lines: (i) different views as to the nature of logic; (ii) different boundaries of the discipline, which comes to include issues pertaining to fields that are nowadays considered external to logic proper (e.g., metaphysics, epistemology, philosophy of science, psychology, etc.).

The ideal aim of this project is that of drawing a map, at the same time comprehensive and detailed, of the influences and connections among the different strands of 19th-century logic: the old scholastic tradition (still enduring in catholic seminaries), the empiricist line (both in its British associationistic version and in the French Condillac – Destutt de Tracy variant, prominent in Italy until mid-century), the Kantian, Hegelian and neo-Kantian schools, the British idealists’ attempts at acclimatising German views within a different philosophical milieu, the early experiments with mathematical logic, the views of a relatively isolated figure such as Bolzano, etc. Many currents and authors, to be sure, have already been studied, but usually that has happened in a piecemeal and haphazard fashion, so that the overall landscape of 19th-century logic remains somewhat alien to contemporary philosophers and historians of philosophy or science. The major part of the thick web of discussions, arguments, theses, polemics going on among “logicians” in 19th century is still largely unexplored, and it is often scarcely understandable to the contemporary reader.

Of course, the ideal of a full map, both comprehensive and detailed, concerned with tracing historical influences and delineating the peculiarities of different geographical areas, cannot be attained except by means of a “distant perspective”. Many things can be learnt by an extensive survey of minor logical treatises and textbooks, which mainly look at their summaries: what topics are regarded as worthy of consideration in each of them? Which ones are included and which ones are excluded? The “variable geometry” of logic in 19th century can thus be perspicuosly represented. Similarly, an inquiry into who cites whom, or makes reference to whom, is an important preliminary step towards a deeper understanding of the logic scene in the period under investigation, since in this way different historical trends and geographical pecularities can easily be ascertained (for instance, when and where empiricist and/or Kantian views inserted themselves in logic text’books destined to catholic seminaries in the early decades of the century?). Moreover, attention to minor works and minor figures, rarely studied and in some cases almost forgotten, is very useful in determining the “average climate” in a certain period, whereas more original thinkers are obviously less representative of the common background of philosophical culture.

“Forgotten Logics” is closely associated to the project Other Foundations of the fMOD research group. It also contributes to the GISI15 digitization project of the MeDiHum center, aiming at the digitization and semantic annotation of the logic books belonging to the library collections of the University of Turin.