Logic as discipline and logic as an instrument: a distant reading approach 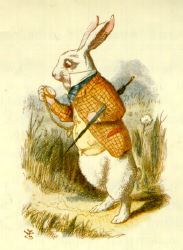 What are the relations between analytic philosophy and logic? What is the role of logic in analytic philosophy? Would you need logic to do analytic philosophy? The common opinion is that logic very important in analytic philosophy. However, to understand better what is the role of logic in (analytic) philosophy, it seems interesting to us to investigate how much logic and what kind of logic is present in philosophy, and how it is used. Distant reading and, more generally, quantitative methods allow us to find more interesting and reliable answers to such questions. To narrow down our research, we consider a limited time span: 1941-2010, and a corpus of five philosophical journals: The Journal of Philosophy, Mind, The Philosophical Review, The Proceedings of the Aristotelian Society and Philosophy and Phenomenological Research. By distantly or – as Moretti once said – serially reading all the articles in which logic is somewhat present, for each paper we raise the following two questions. Q1: What does this paper use logic for? Q2: What level of logical competence does this paper require? In answering Q1, we distinguish and instrumental and a non-instrumental role of logic in philosophy. In answering Q2, we propose a method to measure the level of “logical sophistication”.