DR2 Conference: a not too late report

As is well known, in the last twenty years Franco Moretti’s distant reading approach has provided a fresh under­standing of literature and its historical development. The first DR2 Conference, held at the University of Turin (Italy) on January 16-18 and organized by Guido Bonino, Enrico Pasini, and Paolo Tripodi, was based on the conviction that it is now time to apply distant reading and other related techniques to the history of philosophy, the history of ideas and the history of scientific thought.
At the conference several scholars from different countries met together for the first time to discuss such topics. 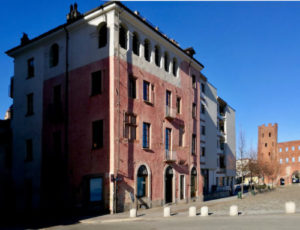 Franco Moretti (Stanford University, Literary Lab) participated to the conference by sending a paper on Patterns and Interpretation and by discussing it and answering questions via Skype. 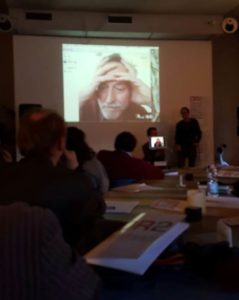 Gino Roncaglia (University of Viterbo) talked about Two lessons from big data: what we have, and how to use it. 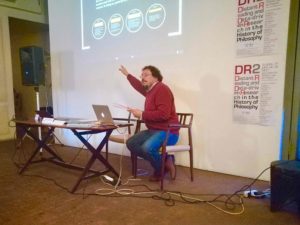 Peter de Bolla and John Regan (University of Cambridge, Concept Lab) gave a talk on  What distributional concept analysis tells us about the philosophical concept of ‘negative liberty’: a case study in the shadow of Quentin Skinner. 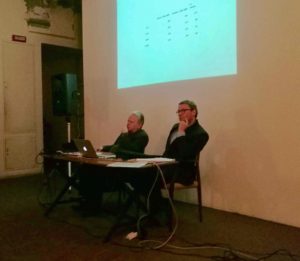 The second day of the conference Justin Smith (Paris Diderot University) talked about Distant reading and the geography of early modern philosophy. 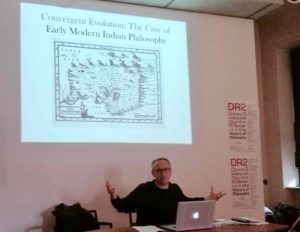 Arianna Betti (University of Amsterdam) presented a paper about Creating a computational history of ideas. 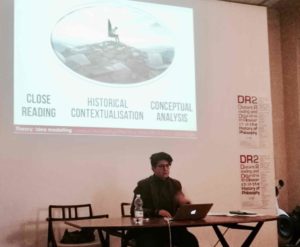 On the second day, in the morning, the conference was divided into two parallel sessions. In the Workshop on late analytic philosophy three contributions were presented and discussed: 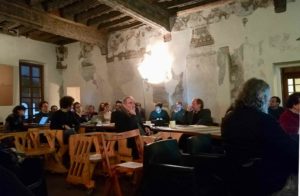 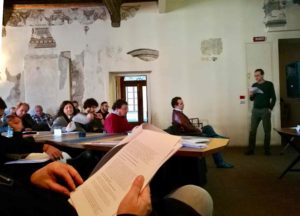 The conference went on with several other talks:

Mark Alfano (Delft University of Technology), A schooling in contempt: emotions and the pathos of distance.

Eugenio Petrovich, Emiliano Tolusso (University of Milan) Exploring knowledge dynamics in the humanities. A science-mapping approach to the history of contemporary analytic philosophy and human geography.

Barbara Grüning (University of Bologna), The uncertain canonization of a consecrated thinker: Hannah Arendt in Germany and in Italy.

It seems to us that in the discussion three main general issues emerged as being of critical importance. The first concerns the peculiarity of philosophy as a subject matter for distant reading. In the study of literature, Moretti tries to recover the social that is implicit in individual works by investigating literary form. Forms, according to Moretti, are a privileged place where such a social aspect can be detected and somehow measured. Now the question is: is there something that plays an analogous role for the study of philosophy? Maybe the hidden premisses of arguments? But how is it possible to find out hidden premisses from a distant perspective?

The second issue on which many participants agreed is the crucial importance of corpora, for many different reasons. At this stage, in most cases people willing to apply distant reading techniques to philosophical texts need to build, rather than find, their own corpora. Building a corpus involves many practical problems (e.g., the recognition of non-standard texts by OCR, the heterogeneity of metadata coming from different sources, etc.) and requires a high degree of methodological awareness (for not only questions but often answers as well are implicit in the way in which a corpus is built). One of the most urgent tasks of the distant reading philosophical community in the next years will probably be that of collecting and organizing reliable textual corpora.

The third issue is the existence of a sort of divide between those scholars who primarily aim at finding answers to historical-philosophical questions, with the aid of whatever tools are available, even primitive and digitally unsophisticated ones, and on the other hand those who are more interested in developing more refined digital tools, sometimes with little attention for actual results in the historical-philosophical field. The progress of distant reading in the history of philosophy partly depends on a better mutual understanding of these two groups.

During the conference there was also time for moments of inspiration, 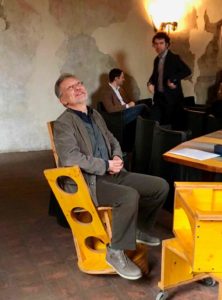 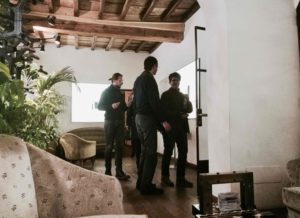 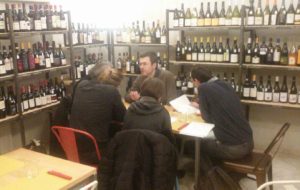 The conference was hosted in the beautiful venue of the iQOS Embassy at House Pingone, via Porta Palatina 23/B Torino (we thank PMI-Italy/iQOS Embassy for the support).

This entry was posted in Distant Reading, DR2, Franco Moretti, History of philosophy, Turin Conference, Uncategorized. Bookmark the permalink.
This site is part of Humanities Commons. Explore other sites on this network or register to build your own.
Terms of ServicePrivacy PolicyGuidelines for Participation